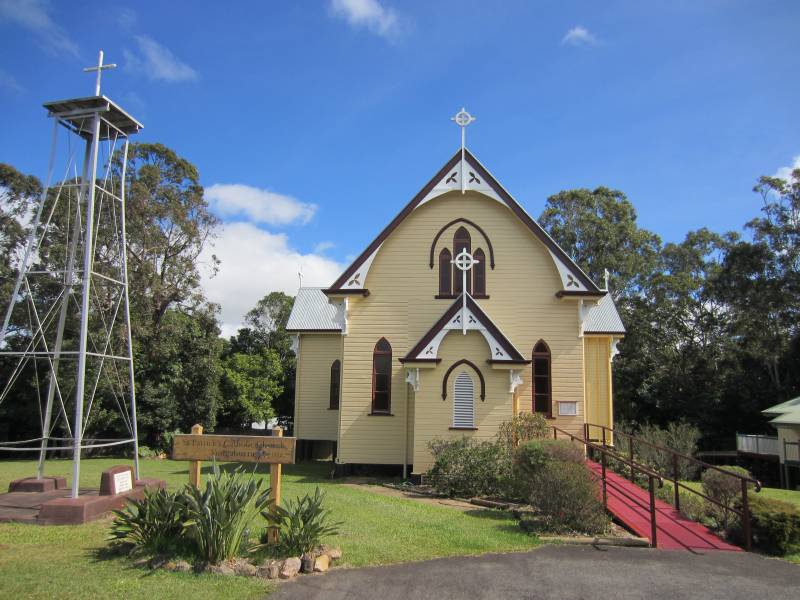 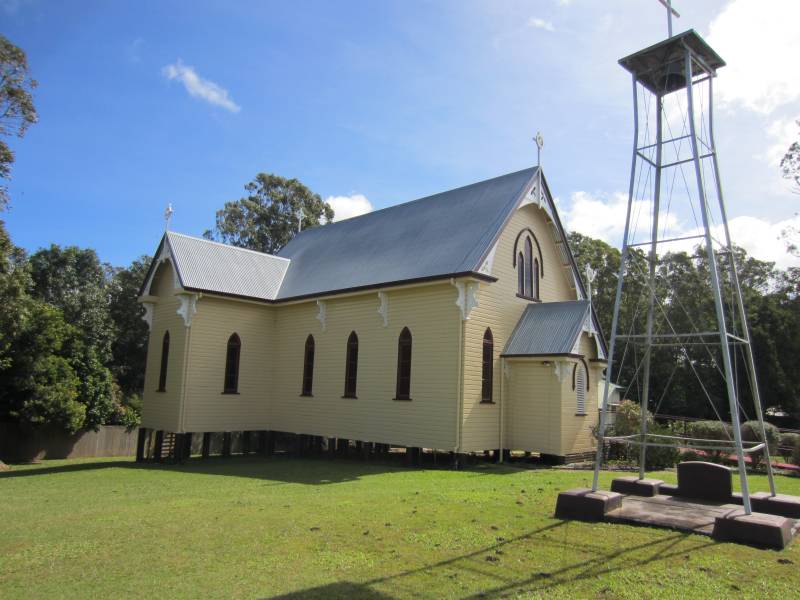 Situated on the edge of town, close to the early settlement of Allumbah, St Patrick’s Catholic Church has served this community for more than 100 years. It was designed by Cairns architect E G Waters, built by G F Smith, and the intricate altar was created by Cairns furniture manufacturer H M Svendsen. The opening ceremony on 26 April 1913 was a celebratory event in town. The church was named Our Lady of Consolation. Yungaburra was served by a priest from Herberton initially, with Mass held in Williams Hall, just as the Anglicans did. Father Patrick Bernard Doyle was the first priest. The first wedding was that of hotel manager Maud Williams and the stationmaster Jack Keogh, three days later. Father Doyle was much loved in the district, and when he died suddenly in 1924, the church was renamed in his honour the bell tower dedicated to him. The church has changed little during its century long service, retaining its distinctive single skin construction. The altar rails were moved in the mid-1960s in line with the liturgical change made following the Second Vatican Council. A house from Cairns was relocated to the site in 1996 for use as a presbytery.